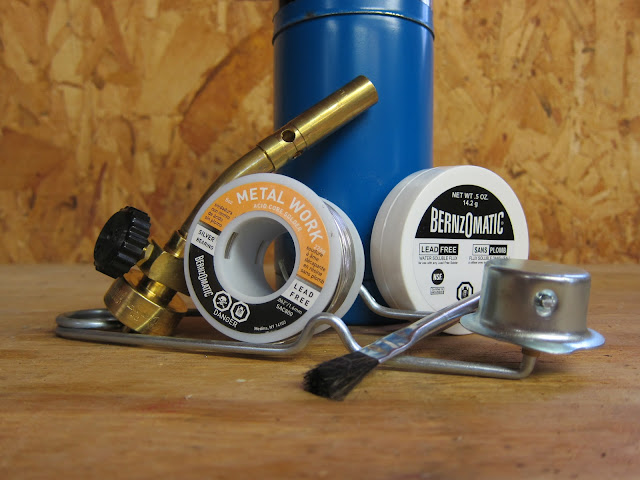 After some searching around the interwebs, I found out that some people use a silver based solder to do basic tank repairs.  The nice thing about this is that it doesn't require as much heat as brazing so you can just use a propane torch.  It's fairly cheap, so I picked up the supplies and gave it a try. 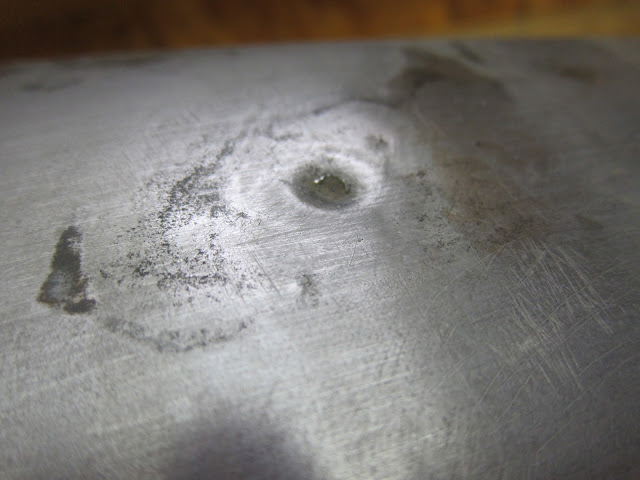 I chose a smallish dent on the side of the tank for my first attempt.  It was previously filled with a bunch of JB Weld. 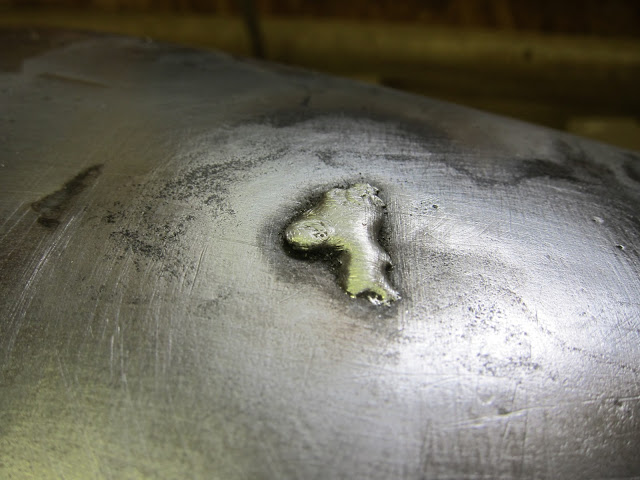 I rested the tank on its side, brushed on some flux, and heated up the dent.  Then applied the solder. 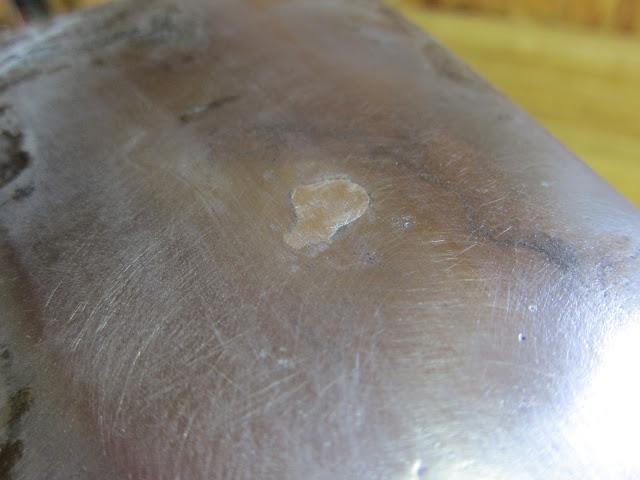 I ground it down with the Dremel and then sanded it smooth.  Its hard to tell from the picture, but it turned out pretty well.  So I moved on to the pitted and pin-holed front section of the tank. 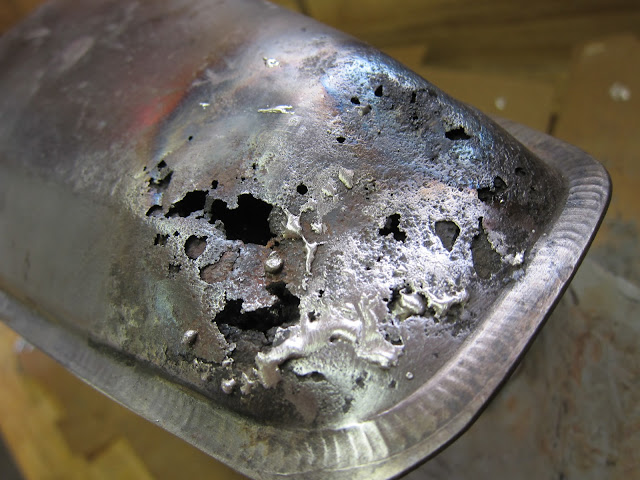 That didn't go well for a few reasons.  Some of what I thought was pitted metal was more JB Weld.  While trying to heat up the metal I actually burnt away a bunch of it.  So now I have more holes.  Once I got the metal heated up the solder didn't want to flow into the dents or build up to cover the holes.  It wanted to form a useless, giant ball of molten solder which would run off the side of the tank and/or run through the hole into the tank.  Before it cooled I would try to spread it out with a piece of wood, but that didn't really work either.  When I moved on to fill the next hole I would reheat, and undo, the work I had already done.  I need to rethink my technique.  At least I did a good job on the first dent.
at 11/30/2012 06:12:00 PM