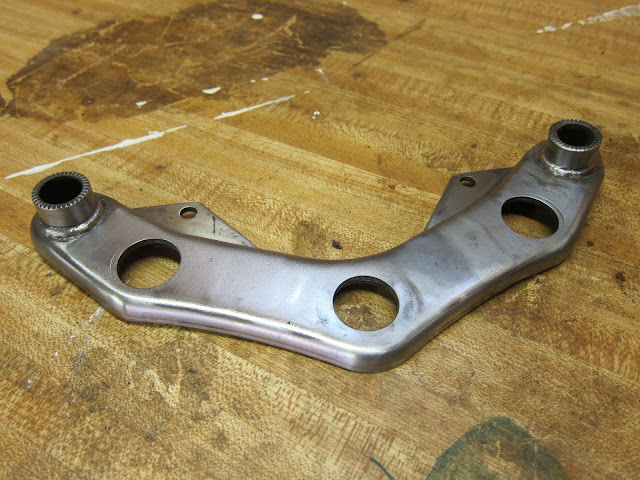 The stock handlebars bolt onto the ends of the top triple clamp and are extremely lame.  So I decided to go with clip on handlebars and a "modified" triple clamp. 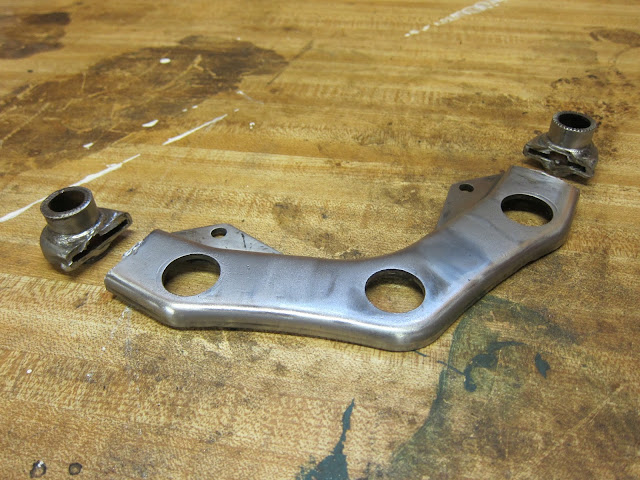 First I cut the ends off with a Dremel cutoff wheel. 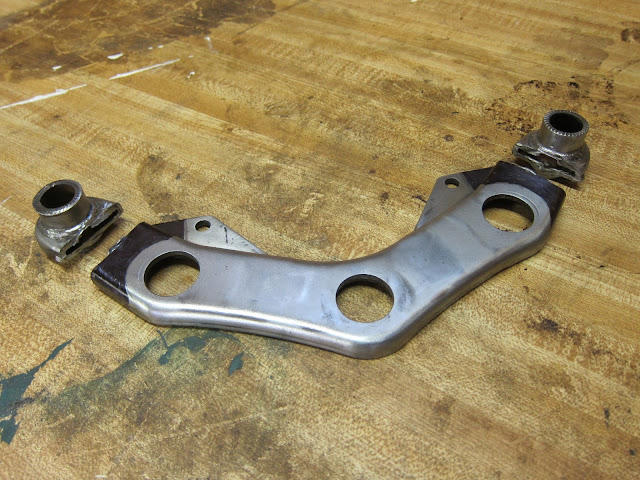 I used a permanent marker to color the remaining area that I planned to remove. 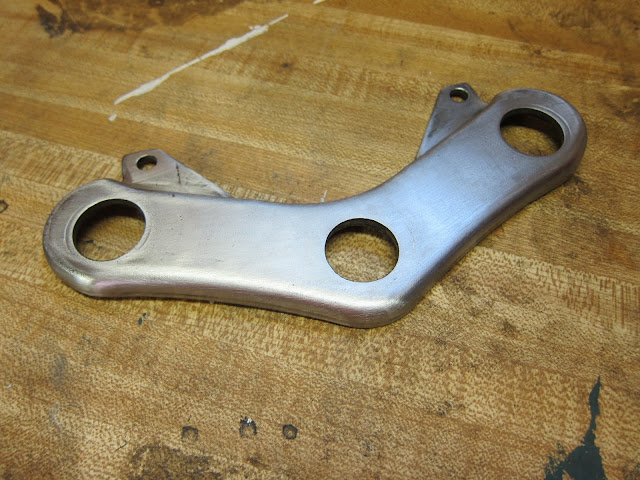 I removed the material with the grinding wheel on my bench grinder and then smoothed things out with some sandpaper. 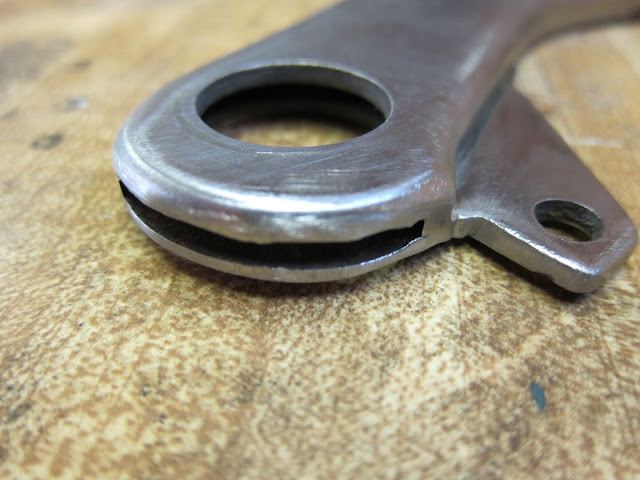 The triple clamp is made of separate top and bottom plates welded together.  When I cut off the ends I was left with a big ugly gap to fill. 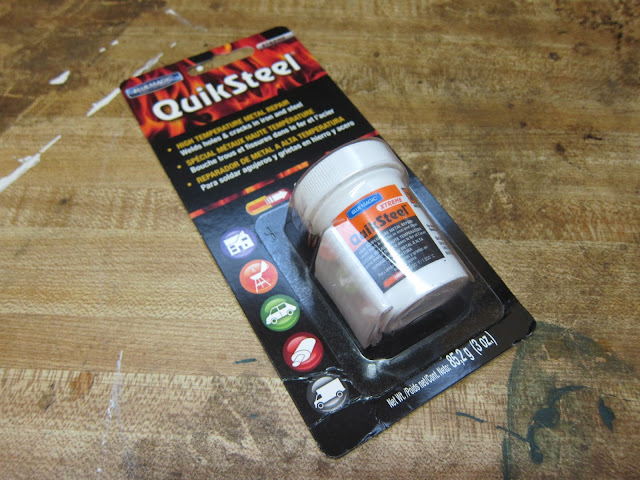 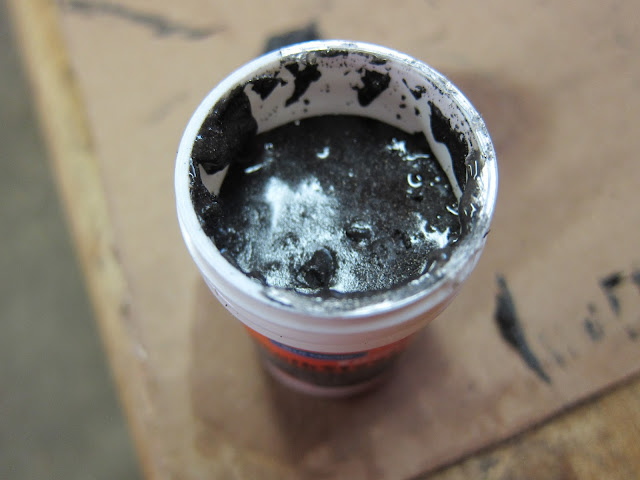 Since the triple was going to get powder coated I needed a way to fill the gap that would stand up to 400 degrees.  I found this Quiksteel High Temperature Metal Repair that is supposed to be like a "cold weld" and can stand up to 2400 degrees.  It was pretty cheap so I gave it a shot. 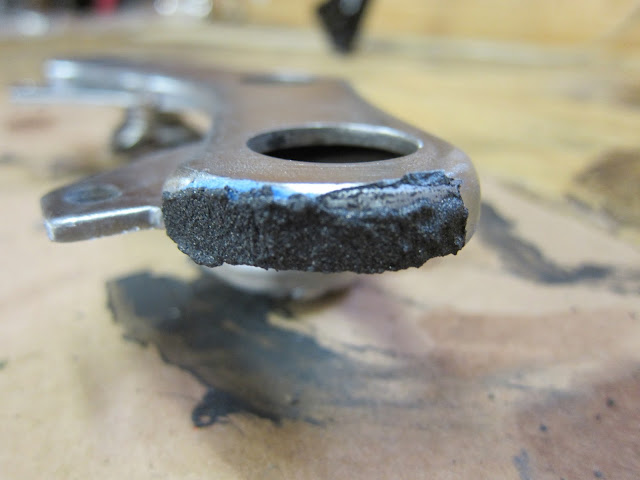 I glombed the stuff on and let it harden for a couple of days. 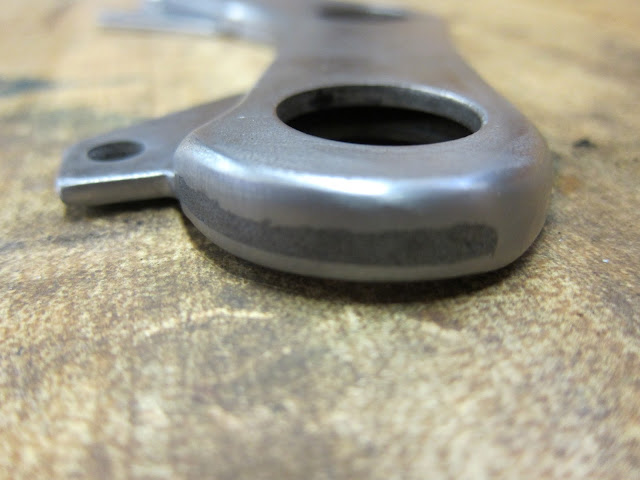 Then I sanded it smooth.  I was really jazzed with how it turned out. . . until I powder coated it and baked it.  When I read that the Quiksteel could stand up to 2400 degrees I erroneously assumed that it would keep its shape.  During the baking the Quiksteel kind of pushed its way out of the gap leaving the surface a little rougher than the picture above.  I somehow misplaced the close up pictures of the finished top triple, but I can assure you that even with the rough ends it came out looking pretty good. 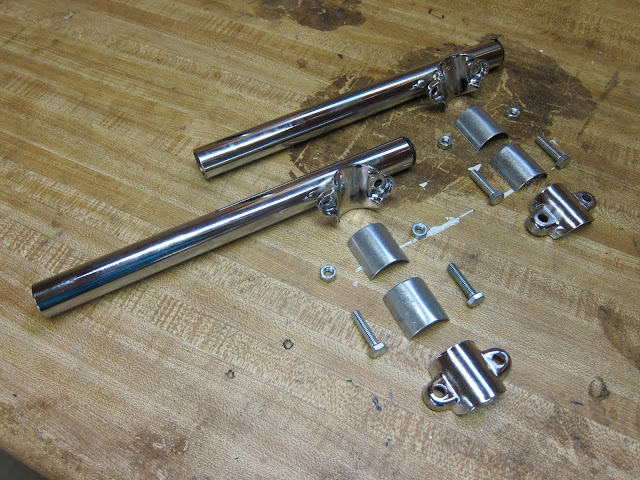 You'd be surprised how hard it is to find clip ons for 27mm forks.  I snagged these from treatland.tv which is actually a site for moped parts.  But chrome wouldn't do, so I powder coated them black. 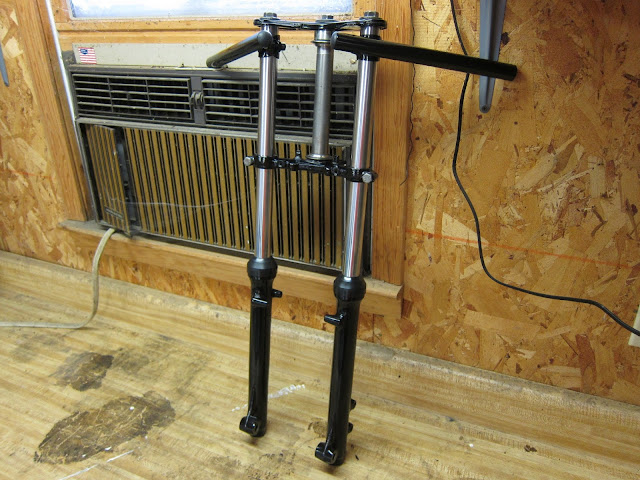 With the forks, triples, and clip ons all cleaned up I assembled the front end.  Not too shabby.