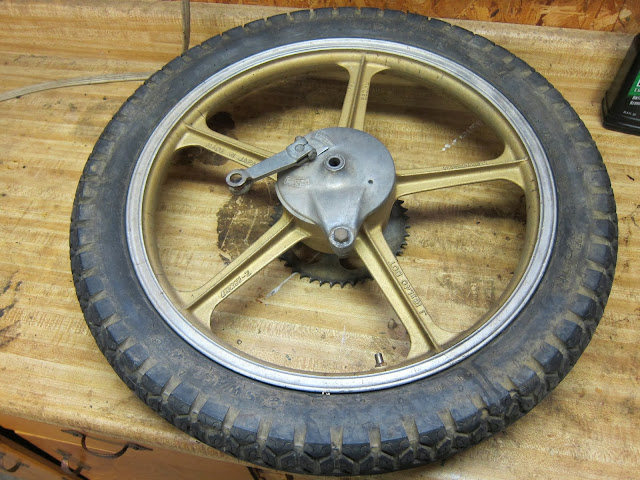 I started pulling the wheels apart so I can prep them for powder and polishing. 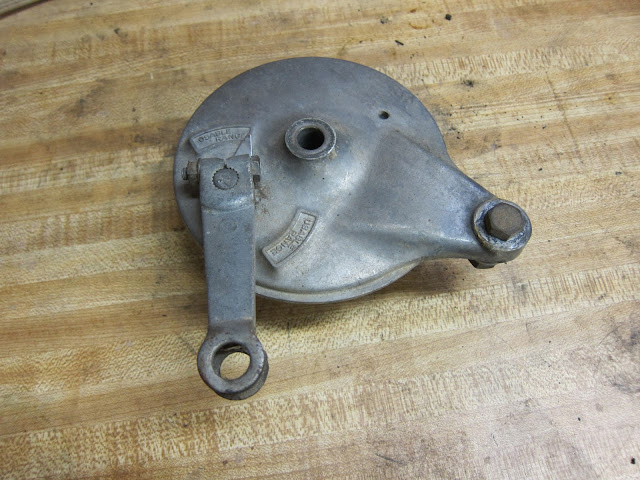 The rear brake pops right out. 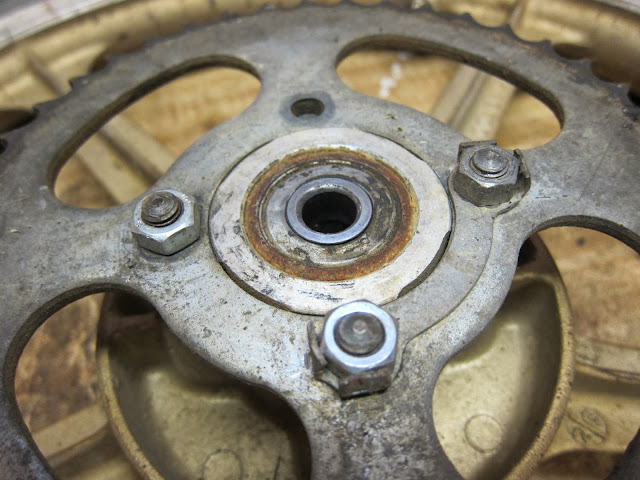 The rear sprocket is supposed to be held on with four nuts.  But as you can see, one stud is broken off completely.  More on that later. 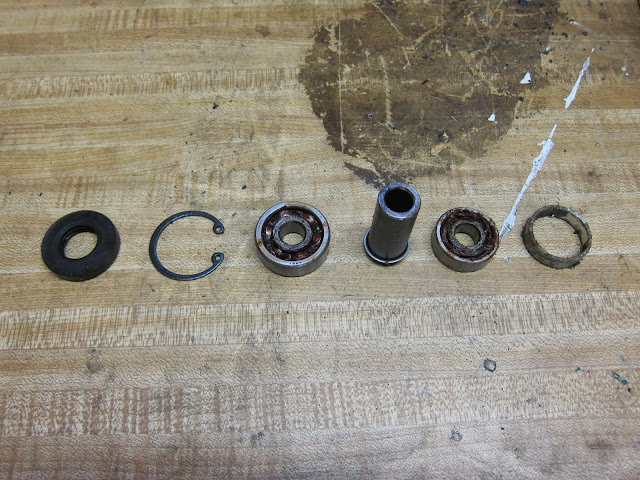 Once the brake and sprocket were removed I could pull out the bearings, lock ring, spacer, and seals. 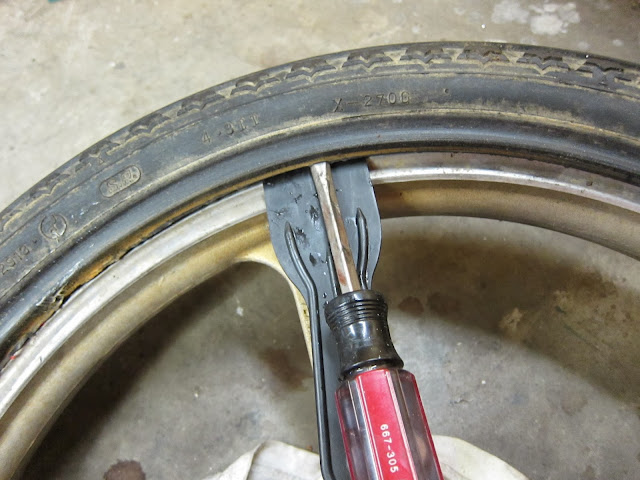 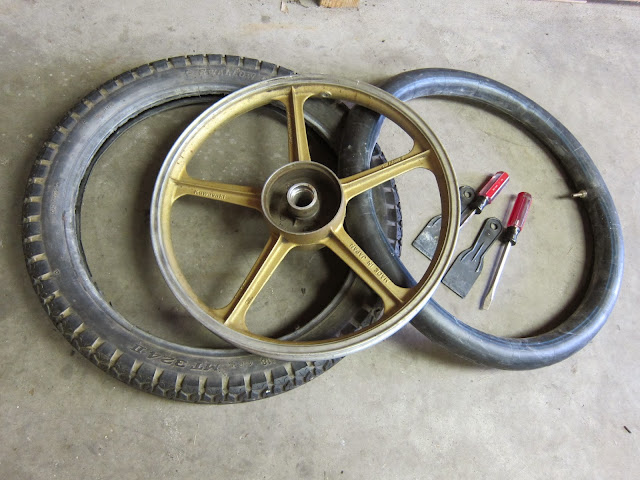 Tire irons are the tool of choice for pulling off old tires, but I figured out that a plastic putty knife and a big flat head screwdriver do a pretty good job of prying off tires without marring up the rims. 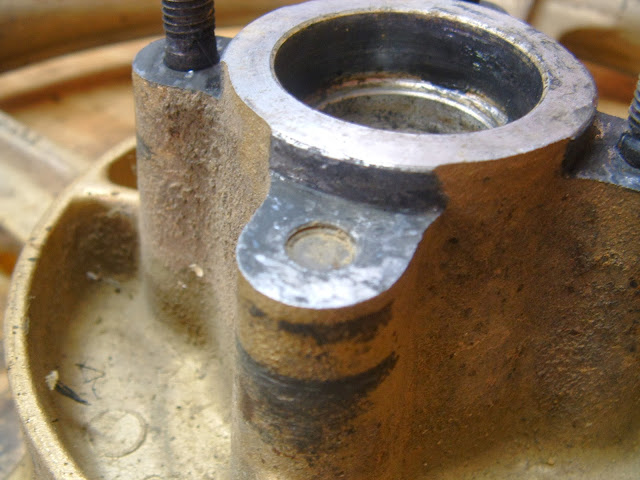 Here is the broken sprocket stud. 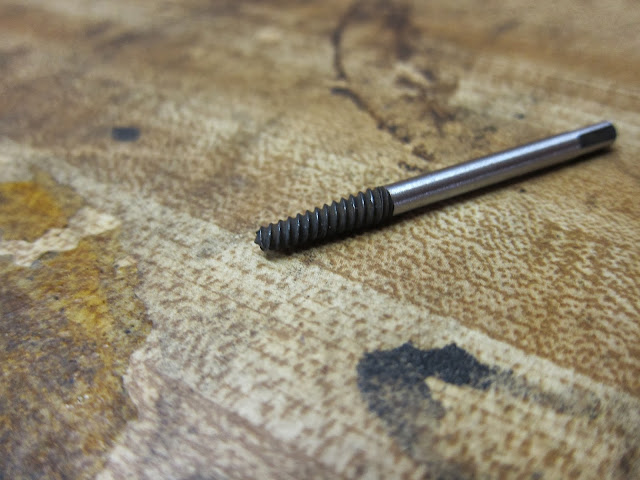 My first removal attempt involved using a bolt extractor.  These are sometimes referred to as "easy outs".  The people that call them that have obviously never used one. 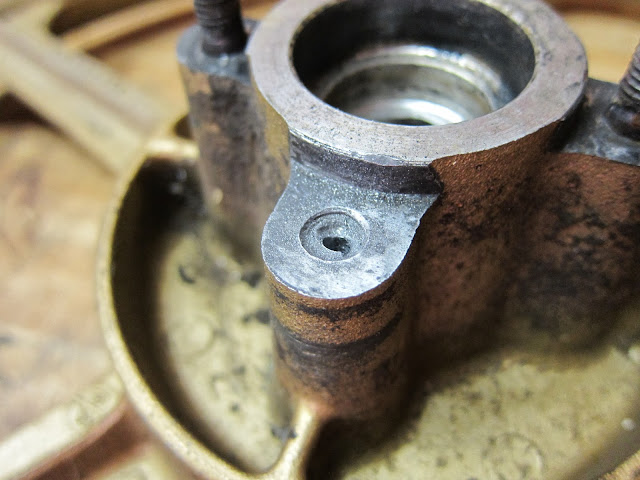 First you drill a hole in the center of your broken stud. 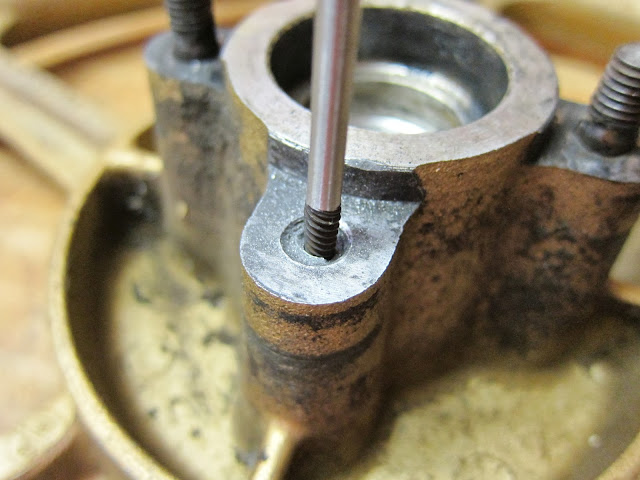 Then you left hand thread it into the hole and give it a couple of taps with a hammer.  That is supposed to let you turn the extractor and stud out of the hole together. 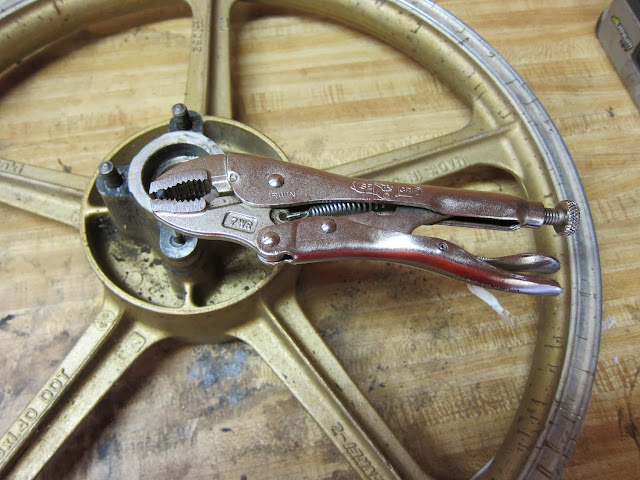 I grabbed the extractor with a vice grip and tried to turn the stud out.  But it did not want to move. 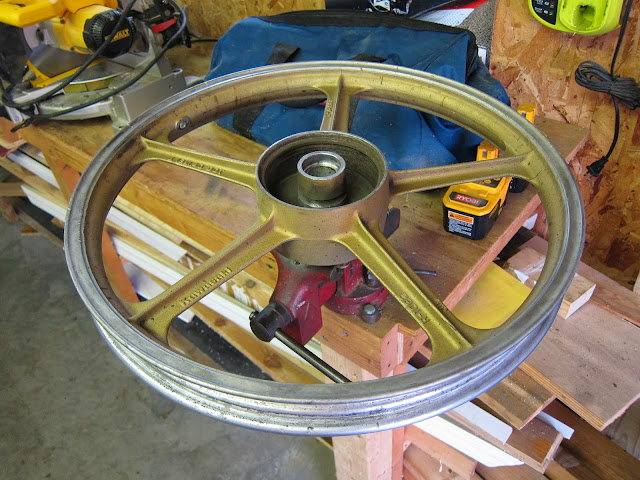 So I clamped the extractor in the bench vice and tried turning the wheel. 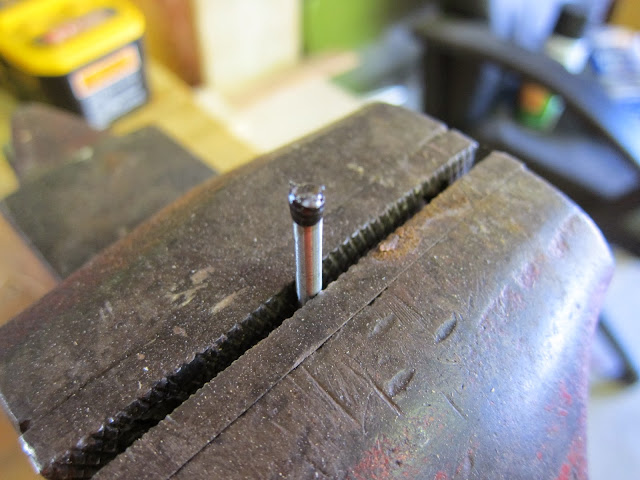 That was a little too much mechanical advantage.  The extractor snapped off in the stud. 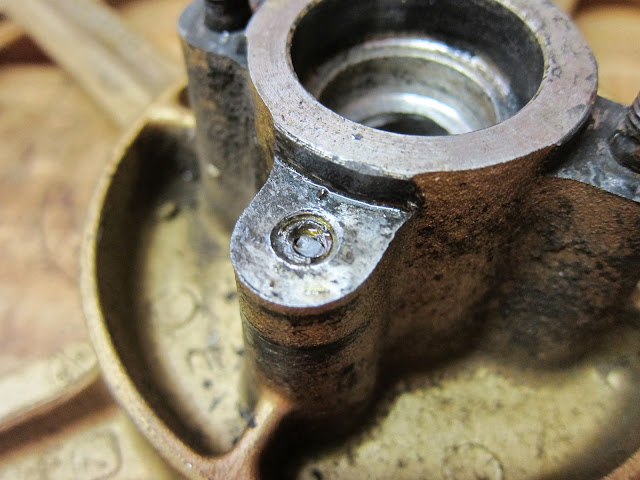 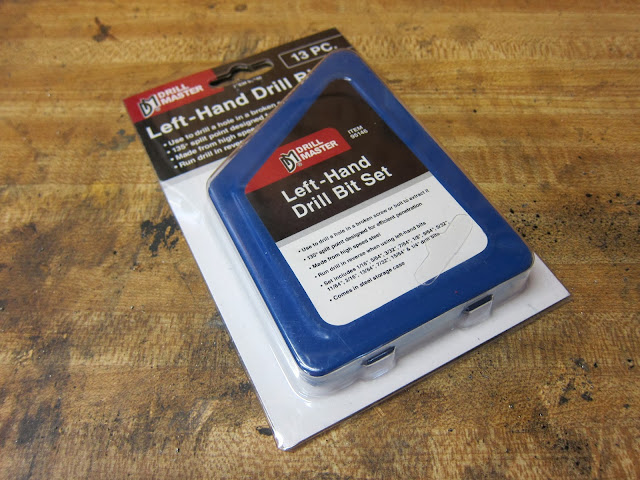 My next attempt at extraction involved a set of left handed drill bits.  These let you use your drill in reverse in hopes that the bit will "bite" and you'll turn the broken stud out with the bit. 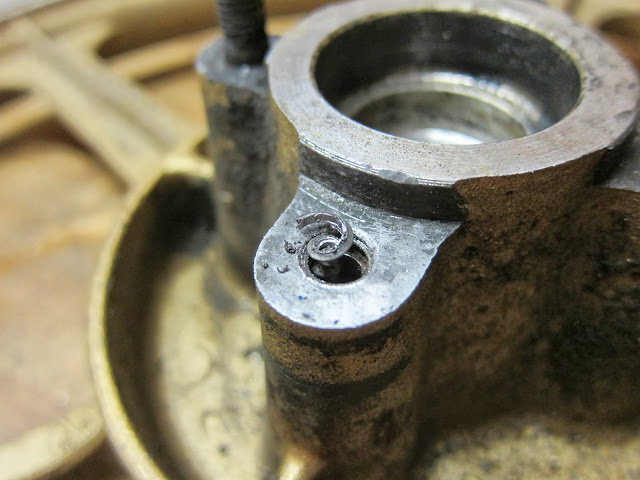 However, the bits never "bit".  I just kept drilling with larger and larger left handed bits until all that was left of the stud was the threads. 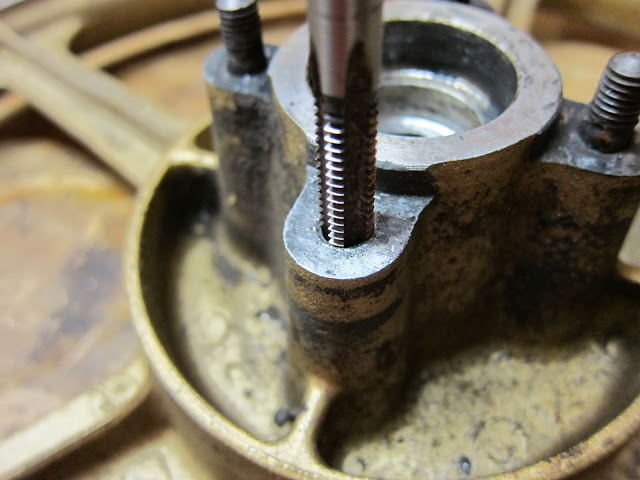 So I just chased the threads out with a tap. 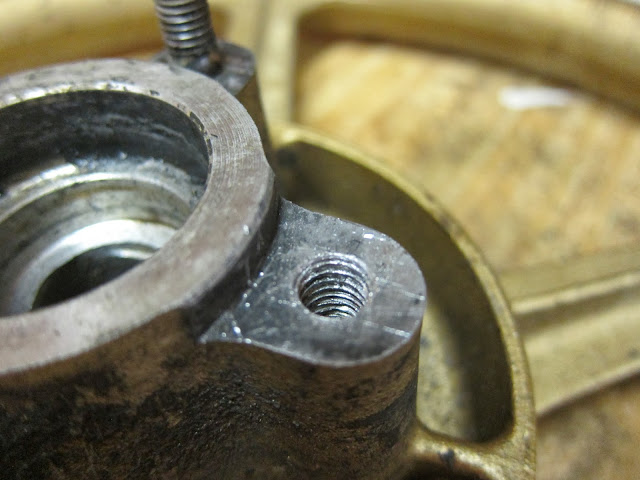 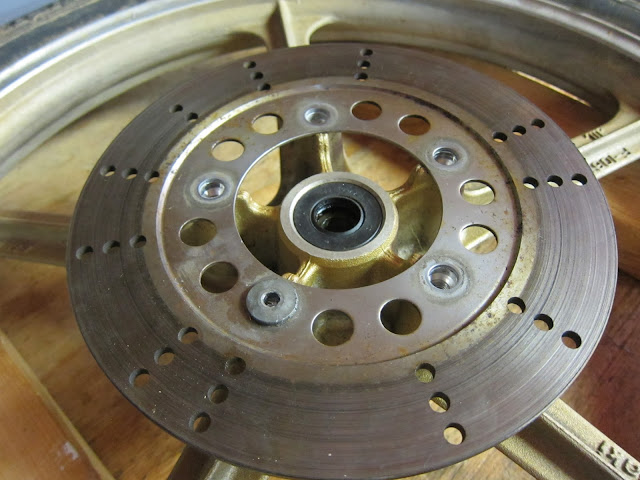 The front rotor also put up a fight.  Four bolts came out fine.  But one wouldn't budge and I stripped the allen head on it. 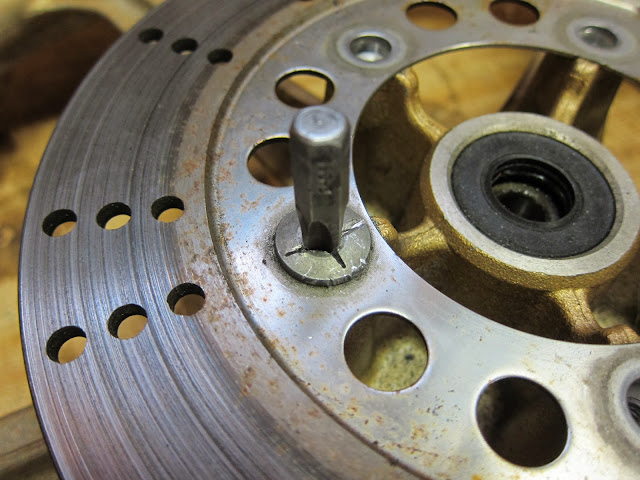 I tried cutting a phillips head into it and beating it out with my impact driver.  It didn't move. 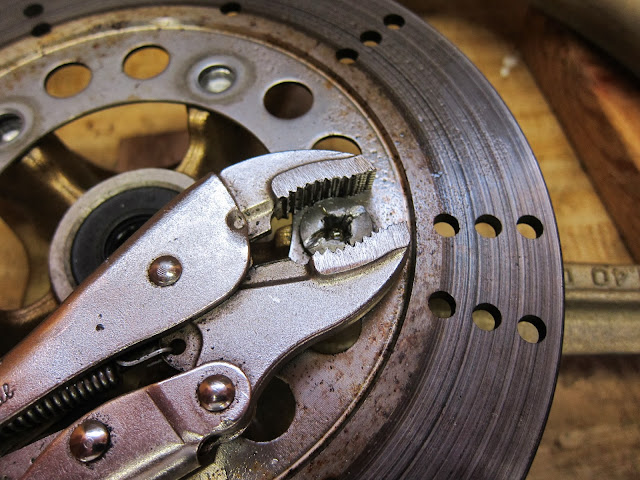 I managed to get it out by clamping the outside of the bolt head with the vice grips. 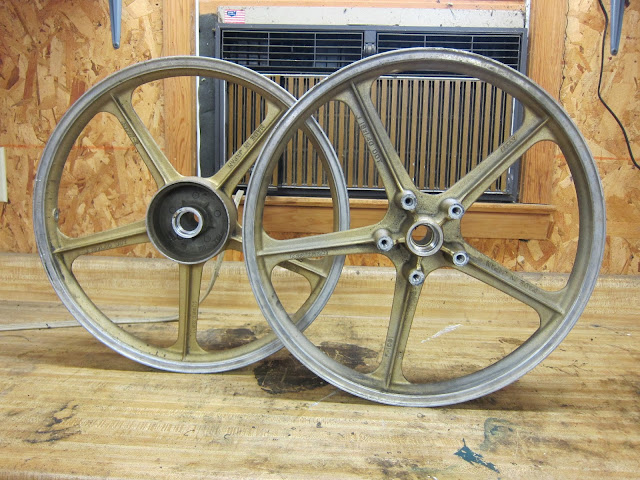 My plan is to powder coat the hubs and spokes gold, polish the lips, and then clear the whole thing. 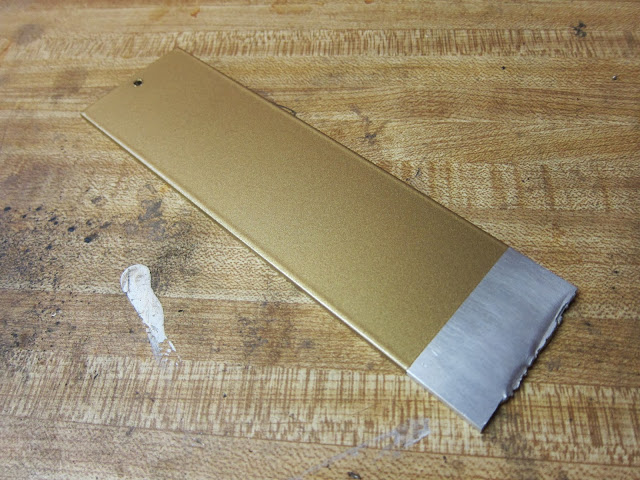