Boy are my arms tired 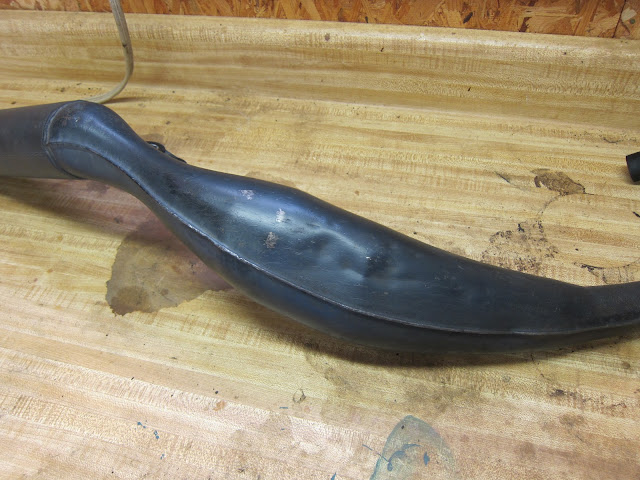 This is a not-so-great picture of what the main exhaust body looked like when I got it.  Lots of scratches, flakes, dirt, and rust.  My goal was to strip down to bare medal to get it ready for repainting.  I started by using some chemical stripper to get the majority of the paint off. 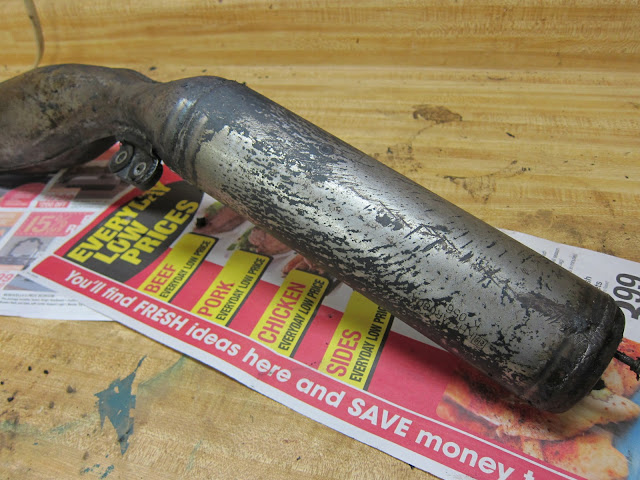 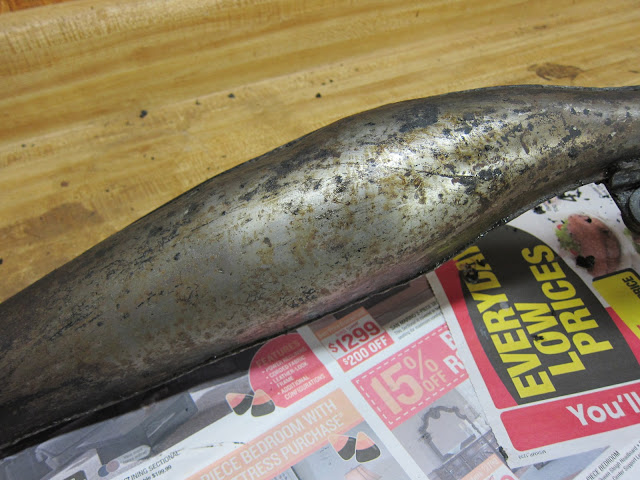 The chemical stripper worked pretty well as you can see above.  My plan was to use a couple of wire wheels on my Dremel to clean up the rest. 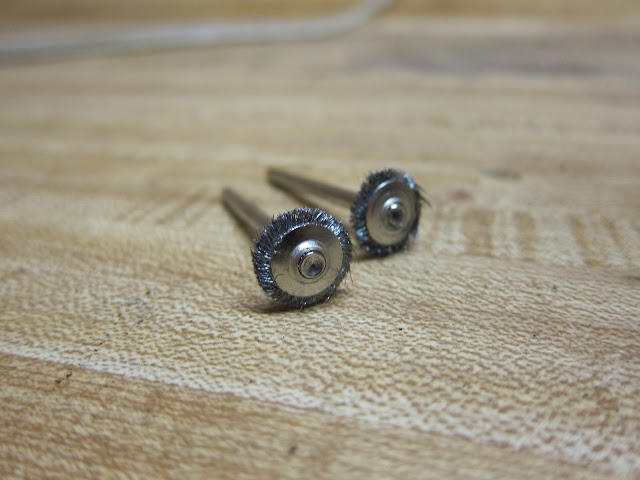 But it only took a matter of minutes for those little wire wheels to wear out. 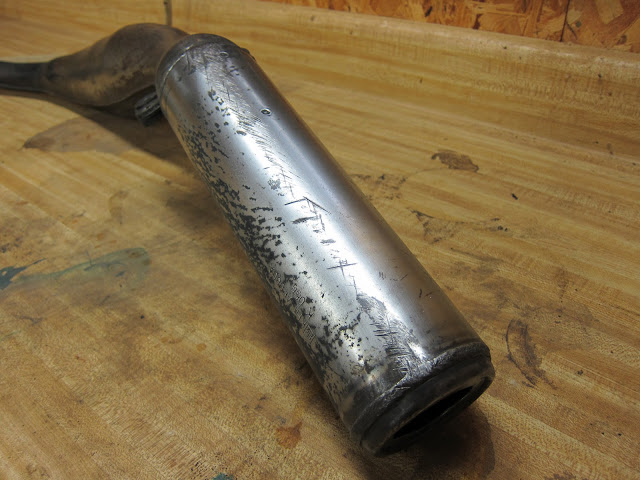 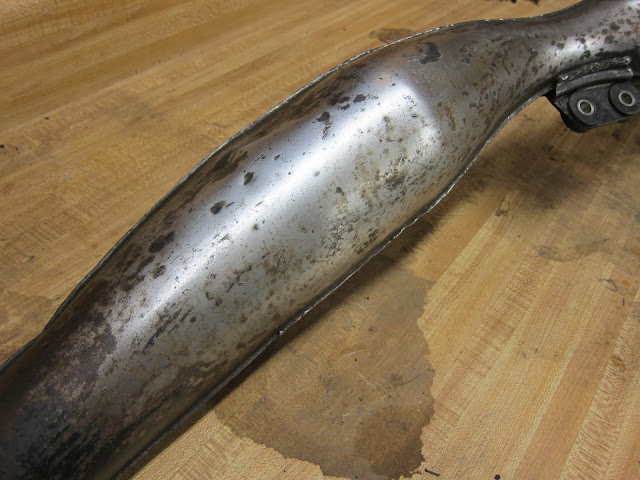 I had definitely made some progress, but not as much as I'd hoped.  I was going to have to buy a whole bunch of those little wire wheels if I was going to keep going down that road.  Instead, I bought a couple of those spongy sanding blocks (a medium, and a coarse) and went at the rest by hand. 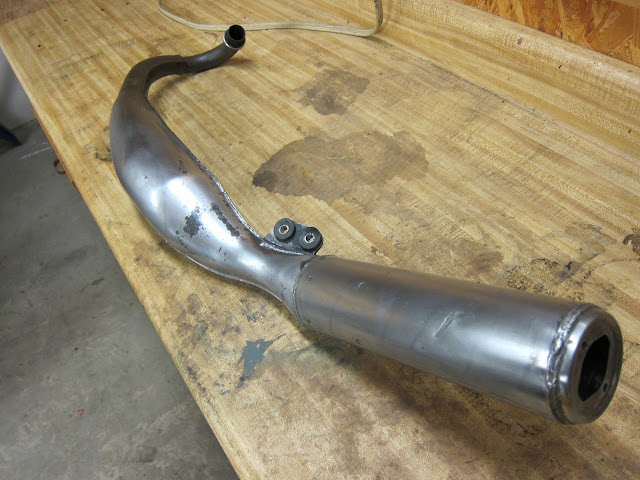 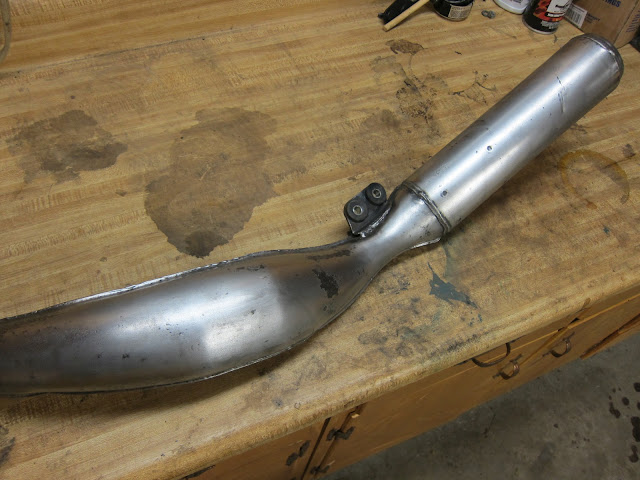 Two very tired arms later I ended up with this.  I'm pretty happy with how clean and shiny I was able to get it.  The dark spots are where rust had already pitted the medal quite a bit.  These pictures don't show it, but the section nearest the engine is severely pitted.  There are also some other dings and scratches that I couldn't quite sand out, but once painted I think the whole thing will look good.  Better than it did before anyways.  This isn't a show bike or anything.  The Krud Kutter did a pretty good job of eating the rust off the surface.  I would alternate the KK and sanding on the rusty bits until the rust was gone.  I am now declaring the exhaust ready for paint.
at 10/28/2012 10:31:00 PM