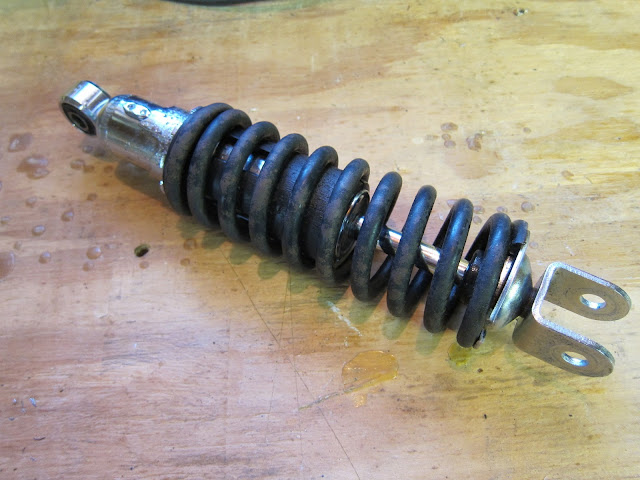 This is the rear shock after being relieved of thirty years of grime and grit.  Way better than it was when I got it, but still not great.  I decided to remove the spring so that I could give it a nice coat of gloss black powder coat.  Disassembling the shock would also let me clean up some of those other hard to reach cracks and crevices.  But disassembling a shock like this is no easy task.  The spring must be compressed so that you can remove the retaining ring.  Then you can release the spring and remove it from the shock.  Easier said then done.  The spring holds a lot of energy so I needed a way to do this "safely". 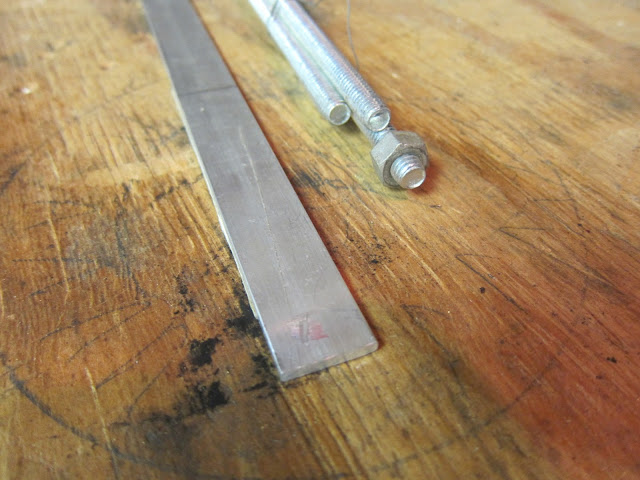 A quick look around the garage yielded three lengths of threaded rod and hardware that I got from my grandpa as well as some aluminum stock left over from another project.  Throw in a 2x4 and you've got the makings of a spring compressor rig. 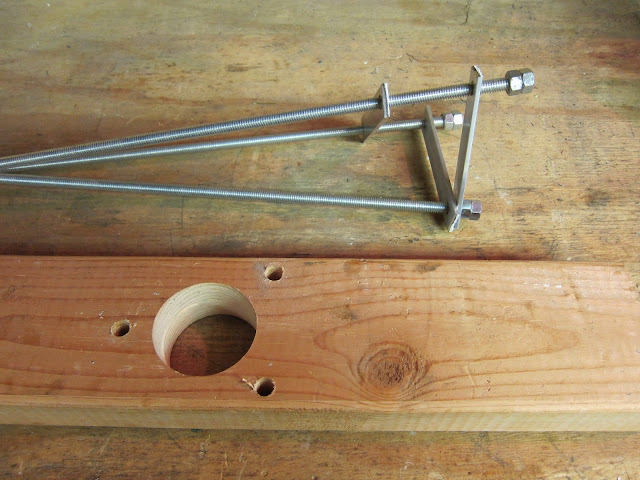 I cut the aluminum bar into 3 four inch pieces and drilled holes for the threaded rod in the ends.  I drilled a hole in the 2x4 just smaller than the adjustment ring on the bottom of the shock as well as three smaller holes around it for the threaded rod. 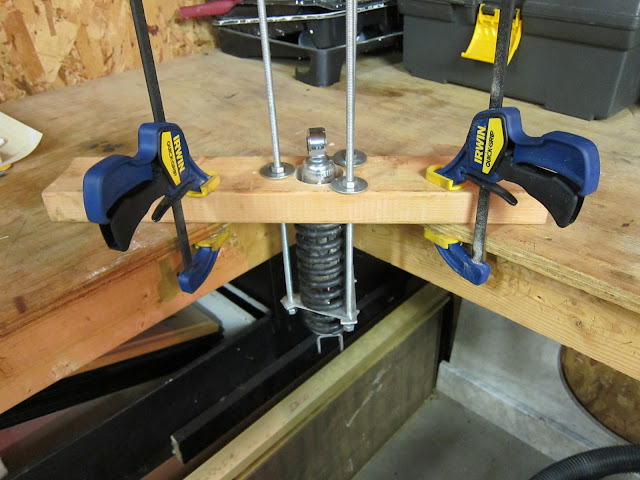 I arranged the aluminum bars in a triangle around a loop in the spring just above the retaining ring that I needed to remove.  The rods and shock were then fed through the 2x4 and held in place with washers and nuts.  These top nuts are what I would use to compress the spring.  Tightening the nuts caused the aluminum bars to move up slowly, thereby compressing the spring.  I alternated between the three nuts giving each one a few turns at a time, pulling up each corner of the triangle slowly and evenly.  As the force built up the aluminum started to bend and make strange groaning noises.  At this point I wished the triangle sides were steel instead of aluminum and that I was wearing shoes instead of flip-flops.  As I slowly cranked on the nuts I was sure that something was going to break, sending the shock flying at the floor and then back up to disfigure me and my garage. 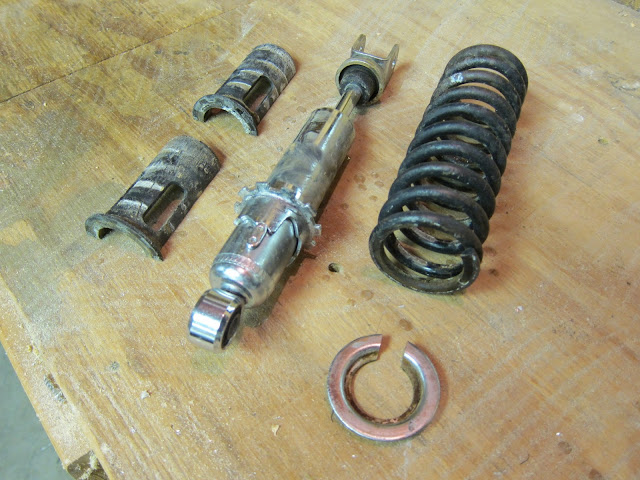 But she held together.  Once the spring was compressed a couple inches I could remove the retaining ring you see at the bottom of the picture.  I then reversed the process by loosening the top nuts to slowly let the spring relax.  This let me remove the spring and the plastic sleeve halves. 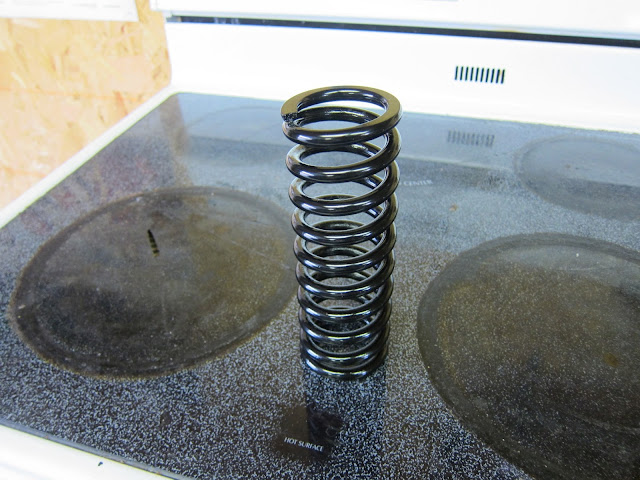 A little Aircraft Remover and some time with the wire wheel got the remaining crud and paint off the spring so I could powder coat it. 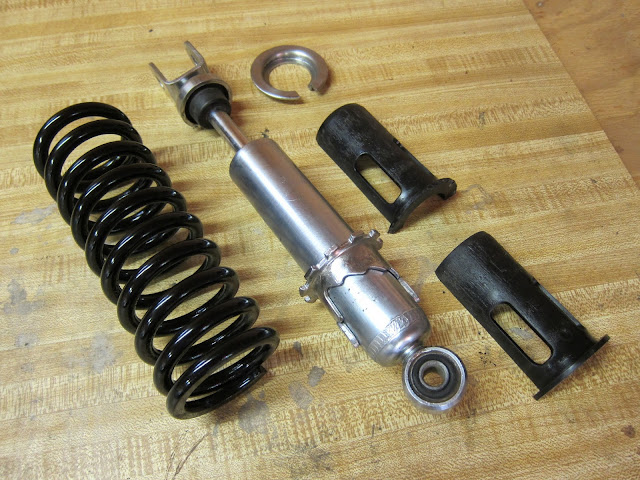 The plastic sleeve halves were really scratched up so I hit them with some fine grit sandpaper to smooth them out a bit.  Then I used some Armorall to "bring back the black".  I used a scrubbing pad and the wire wheel to clean up the metal shock body and retaining ring.  There are still some gouges and scratches in the metal but it doesn't look too bad. 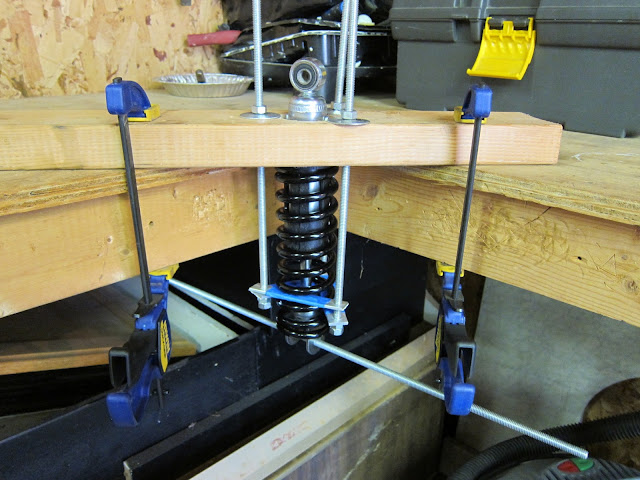 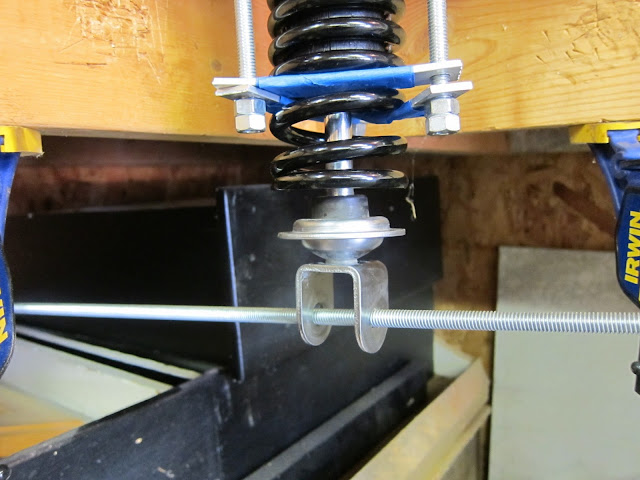 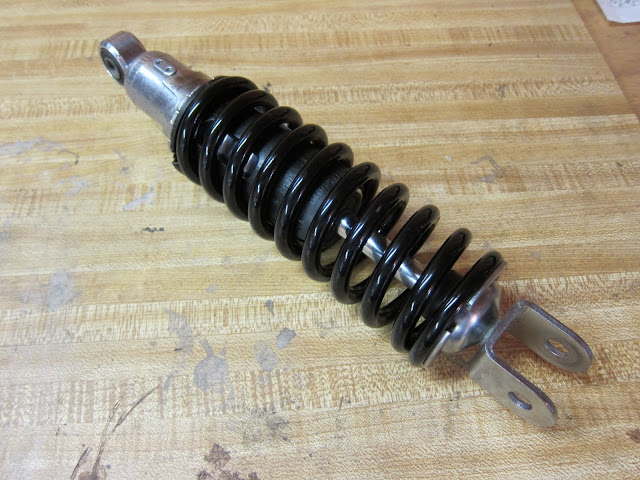 Here is the final product.  I am really happy with the way it turned out.